Last week we talked about the rule of thirds and how it can provide placement of the subject within the frame.  The Golden Rectangle is an even earlier compositional rule that came from the Ancient Greeks. It is  based on a geometrical progression called the Fibonacci series.

The Fibonacci series starts with 0 and 1.  The series progresses by adding the last two numbers to create the next number.  By extrapolating out, series becomes 0,1,1,2,3,5,8,13, etc. What is interesting about the Fibonacci series is that if you take the ratio of any two sequential numbers in this series (ignoring the first ratio of 1/0 which can’t exist), they will always approach 1.618. This ratio is called Phi – not to be confused by the better know Pi which is something else all together.  The Greeks used the Fibonacci series in much of their architecture to build arches and rectangle. Eventually the Golden Rectangle evolved and from that came the Rule of Thirds. 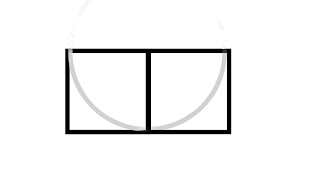 To build a golden rectangle, you start with a square which is the first ratio in the Fibonacci series, 1/1.  Now put an identical square next to it and you have a 2/1 ratio (one side of the box is twice as long as the other). You now have a basic Golden rectangle.

The Greeks found references to this pattern in nature and so adopted it to their architecture.  Soon, artists recognized the beauty of this Golden Rectangle and began making works of art composed using this concept.  By making the frame of the art piece in a 1.618 ratio, artists could define focal points by placing the subject in one of the boxes within the frame. The most impact created in the smallest box – the least impact being in the largest box.  Many great works of art exhibit this theory in their compositional elements and I would recommend spending some time investigating.

From the Golden Rectangle came the Golden Mean.  The Golden Mean is a way of finding the impact spot in a Phi based rectangle without having to draw out the boxes.  To determine the Golden Mean, and hence the highest impact point, draw a straight line from one corner to its opposite corner. The draw another line at right angles from the line you just drew up to an adjacent corner.  Where the two lines meet is the same place as the smallest box will be.  This is your Golden Mean. Like the rule of thirds, you can create 4 impact points or “nodal points” in your image. 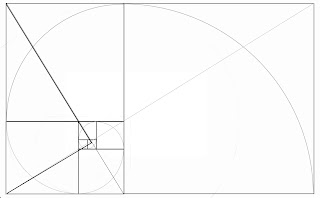 There is also a spiral that can be found in this series. It starts at a nodal point and expands out from there. This shape is also found in nature (think shells). this line can be used to flow the composition through the frame of your image.
So here is the challenge. Try using the Golden Mean instead of the Rule of Thirds to form your compositions. The difference may seem minor, but, because of the added flexibility of multiple squares to compose in , as well as a flow line, and an overall nodal point, your compositions could take on a whole new feeling.